The question Tagore posed to ‘The Prisoner’ was asked of me recently when I passed up a glorious opportunity.

I was driving to work  when the tri-shaw ahead of me slowed to a standstill. Wondering what the problem was for the road was clear of traffic,  I overtook him.  And there on the road ahead was an enchanting sight indeed –  although I did not realise it at that time. There was a man – one many would describe as a ‘mad man” – and he was dancing in the middle of the road which belongs to all citizens.  Yes, just dancing!!!  A catchy melody was playing over the loudspeakers of a boy’s school nearby which was holding a sports event, and this bedraggled tramp was simply dancing to the beat – enjoying his life and the music. This was why the tri-shaw and other vehicles too pulled over.  Pedestrians had stopped.  School boys  on the street were watching;  many with amused smiles, some even laughing, others just intrigued.   In retrospect, it was one of those rare moments you have to capture immediately.  It can change you if you let it.

Unfortunately it was lost to me forever and I realised it a few minutes too late.   I passed him by, turned onto the adjoining Road and then regretted it; regretted that I did not stop, get down and join him in his dance … to keep him company, to assure him and the others that he was not “mad”;  and to just enjoy the moment myself.

The music was indeed catchy – but sadly only he was dancing.

Hence Tagore’s question seems apt for me “Prisoner, tell me who was it that bound you?”

It was me, myself and none other.  Chained and shackled and weighted down by my giving more priority to getting to work on time than to enjoying a moment by offering companionship to somebody who might have needed it.  Actually, I do not think he even needed it.  He was blissfully oblivious of the onlookers – their comments, their laughter or even their ridicule.

So I wondered … who was really “mad”?  Was it him or was it me?   Caught up on the treadmill of life that I did  not stop for a moment to dance in the street?.  And truth be told, I did have the moment but not the courage to forsake the opinion of others and dance to the tune of life.   How sad.

“On the day when the lotus bloomed, alas, my mind was straying and I knew it not. My basket was empty and the flower remained unheeded”. 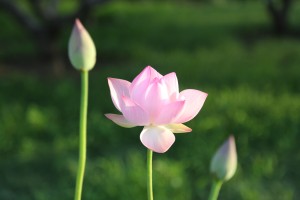 Turn to the Master who sets the captives free.

4 thoughts on ““Prisoner, who was it that bound you?”” 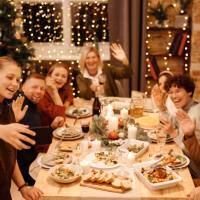