I’ve searched long for answers to the explanation of the Cross being a bloody and brutal sacrifice of the Son, willed by a merciless Father.  I’ve pondered on it, questioned it, written about it  (see post “Why the Cross and Postscript;  “Paradox of the Cross and Christian freedom“) and prayed about it.

I have read and reflected before … and recognised the parallel between the old Passover and the new viz post : “Can you feel the love tonight“_ but these words I read today answered so many questions I had on ‘The Cross?”,  because it started from a point that I was and took me through to this one statement that was like an eureka moment of greater clarity.

Here is what I read :

“it was that first Eucharist that transformed Jesus’ death from an EXECUTION to an OFFERING.  At the Last Supper HE GAVE his body to be broken, his blood to be poured out as if on an altar”

“It was the sacrificial blood that ratified the covenant because Moses said so in the one instance and BECAUSE JESUS SAID SO in the other. “

At our remove of two thousand years, it seems natural for us to look upon Jesus’ crucifixion as a sacrifice.  Christians are heirs to a long tradition of talking that way, praying that way, thinking that way.  But first century Jews who witnessed the event would not and could not have seen the crucifixion as a sacrifice.  It bore none of the marks of a sacrifice in the ancient world. On Calvary there was no altar and no credentialed priest.  There was indeed a death, but it took place apart from the Temple, which was the only valid place of sacrifice in Judaism, and even outside the walls of the holy city.

St Paul, however, made the connections for his generation and especially for his fellow Jews.  In first Corinthians, after introducing the word of the cross (1.18) he calls Christ “our paschal lamb” who “has been sacrificed” (5.7).  Thus he makes the connection between the Passover celebrated as the Last Supper and the crucifixion on Calvary.

Indeed, it was that first Eucharist that transformed Jesus’ death from an execution to an offering.  At the Last supper he gave his body to be broken, his blood to be poured out, as if on an altar.

As Paul retold the story of the Last Supper (1 Corinthians  11:23-25)  he spoke of the event in sacrificial terms.  He quotes Jesus as calling it “the new covenant in my blood”, an evocation of Moses words as he made a sacrificial offering of oxen: “Behold (the blood of the covenant” (Exodus 24.8).  It was the sacrificial blood that ratified the covenant, because Moses said so, in one instance, and because Jesus said so in the other.

Opening paras in Foreword by Scott Hahn in “JESUS and the Jewish Roots of the Eucharist. Unlocking the Secrets of the Last Supper”  – Brant Pitre

Sealed with the blood of the Lamb

Today, Maundy Thursday,  the words ‘sealed with the blood of the Lamb’ takes on a new meaning – not as a sacrifice willed by a merciless God who wanted a scapegoat offering, but as blood willingly shed to seal the new covenant of love and reconciliation between God and man. 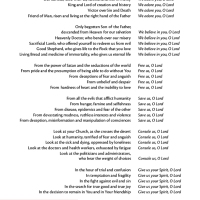 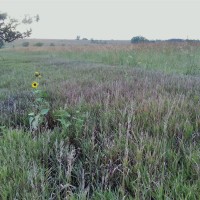 A blog about my spiritual journey in the Lord Jesus Christ.

In My Father's House