I was surprised to find myself humming tunes like ‘Candle in the Wind’ and ‘Don’t cry for me Argentina’  whilst getting ready to return to my old school.

OK … so I was going to the funeral of the lady who was Principal the entire time I was in ‘College’ – Grade 6 to O’ Level;   the funeral of one whose personal signature is stamped – alongside her comments – on every page of my report card,  and indelibly​ stamped​  in my memory.

But Norma Jean, Princess Diana, Evita … heroines of these songs buzzing in my head,  were super-star icons on the world stage.  Sr Helen Marguerite was well …  just Sr HM, our former Principal.  So why were these tunes surfacing from my subconscious?

It was only as I sat in the subdued quiet of a familiar chapel … with students of each class filing past in wonderful orchestrated synchronicity to recite a decade of the rosary and move on;  it was as the soft music of hymns like Amazing Grace played in the background between the visits of each class that I realised why my subconscious had thrown out these songs.

Sr Helen Marguerite may not have been a player on the world stage, but for us who passed through the hallowed portals of HFC Bambalapitiya in the late sixties/early seventies, she was indeed an iconic figure who loomed larger than life.

For me – Holy Family was “Puggy” and  “Puggy” was Holy Family – such was her influence in our lives.

Why  Puggy?  Am not really sure.  I think I first heard it on the lips of batch mate Faye.  I do know that Sr HM had a pug nose. Beyond that, was she ‘pugnacious’?  I was about to use that word and thankfully checked it.   Nope she was not belligerent, combative, aggressive, bellicose, argumentative, contentious etc.  No need to be.  She was the Principal.  Her word was law and we were not about to argue with her. We respected our Principal,  teachers and elders. 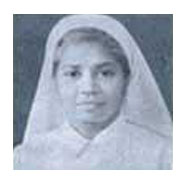 Puggy was Puggy well because she looked Puggy. She strode around the school in a shorter than usual nuns habit, with a higher than normal heel in her shoe, and a stronger than normal walk.  I already mentioned she strode.  She never walked, minced, glided or moved like other nuns you knew.  In fact Puggy was not your normal nun.  You knew when she was around – both by the sound of her walk and by her PRESENCE.  And she did have a presence.  A huge presence that was way way disproportionate to her little diminutive figure.

However back then we did not see a little figure. We just saw a nun who was not very orthodox, who chatted ‘quite friendly like’ but was still able to command the utmost respect; one who maintained the highest standards of discipline; who would not accept falling grades even if you engaged in extracurricular activities, and one who maintained and insisted  on the highest morals of catholic education.

But most Principals are expected to do this … so what was so special about Puggy – or to be more formal –Rev. Sr. HM?  I believe she will be remembered and defined by her role in bringing the ‘Up with People’ songs to HFC and creating an indelible memory of  stage performances that took Colombo by storm.  It seemed the whole school was there in that choir except yours truly who cannot sing if my life depended on it.  Can you imagine the resounding echoes of songs whose words (I realise only today in Googling it ) defined a generation …

This was 60’s music:  psychedelic revolutionary pop culture, and the words were ringing out from the hallowed precincts of a convent with  Reverend Sister HM at the helm.

Sitting in the chapel,  I realised that ‘Puggy’ was in many ways ahead of her time.  She would be making waves on the international stage if she was Principal in these times … when nuns in habit are performing on the world stage, winning Voice Italia titles whilst carrying a new message of evangelisation .

Alas, we were entrenched in the pre-Vatican II era.  We thought Sr. HM was unorthodox and this was confirmed when we heard she had ‘left the robes’.  Sadly only that bit of ‘shocking news’ was passed on.  Not the fact that she continued in her mission till the end, working amongst children – street children.

She had a special vocation with these children, just as she had with her charges at HFC.  I remember once we had forgotten our text books and my Dad had brought them into the office to be given  to us.  The receptionist had inquired ‘What class?’  “Class?  Errr … Don’t you know ?  … maybe Grade 7? “ stuttered my Dad.

Sr. Helen Marguerite who was passing had stopped by to interject : “Mr. Rasquinho, your girls are in Grade 9. They are preparing for their O Levels.  I have 2000 children and I know which class they are in and you have 3 and can’t keep track!”  We laughed so much when Dad told us.  He had muttered something about their Mum looks after that side and squirmed out of the office.

This was the lady I had come to pay my respects to: the Principal who took a personal interest and followed each child’s progress.  The nun who ‘left her robes’ but not her faith or her commitment to love and serve children; the lady I had once met in a doctor’s waiting room decades after I had left school who recognised me and spoke to me when I could not recognise her in her new garb  – grey skirt and blouse.

I served the Lord in the best way I could.

I was surprised that I had to fight to hold back the tears.  She was so much ahead of her time.  She had the courage to follow her heart, to pursue Truth wherever it leads you.

I went up to the bier to place a rose for a life that touched hundreds – nay thousands – of students in ways we did not realise.

I would not have recognised her if I passed her on the street with her children.  She looked so very tiny and frail … so ‘non existent’.  This my Principal who had filled the College corridors, who had left all that pomp and pageantry behind to live a new and anonymous life among the poor.

That is how I will recollect her memory in future.

Your students will sing  the College Anthem  in  your honour and listen also to the song that defines you. 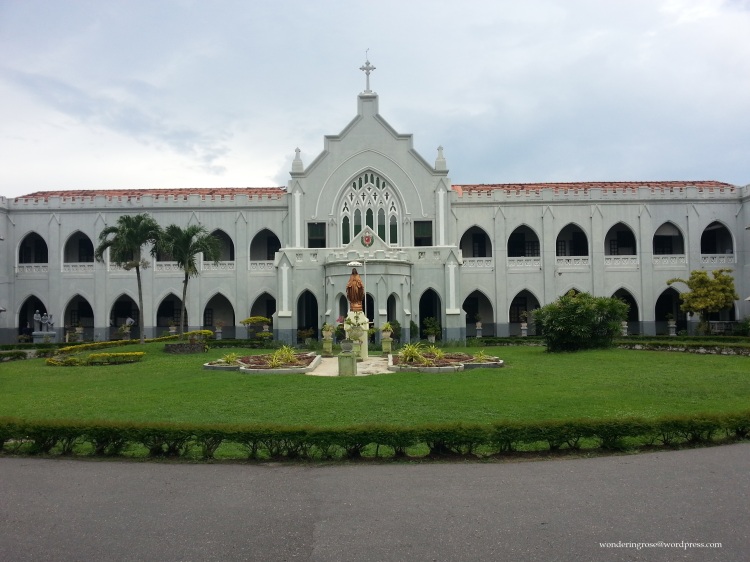 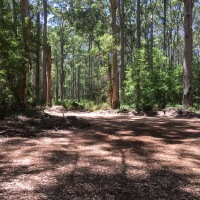