The first thing that struck me when I pulled out my passports last week to complete a visa application, was how careless I have been with this document which is – literally and figuratively – a passport to the world.

My passport history was shocking.  I have had my passports stolen from my home when in Jamaica, and returned by the police; stolen from my car in Sri Lanka and dumped in a  playground. Another time, I had misplaced it and needed a new one to travel.  Yet another had to be cancelled because ink had spilt on it 😲.  What a history.  But most heinous of all – was when I lost my current passport with all previous ones attached (best way to keep them together) in place unknown.  Workmen found it many months later when digging outside my home.  My parents diligently tried to salvage the rain soaked document by placing tissue paper amongst the pages for Visas were very precious when  during the height of the civil war.  I had numerous visas stamped between those pages to prove I would not be claiming refugee status 🙃.

Flipping through last week, squinting at the faded print on defaced pages, trying to decipher the country seal, brought back so many memories.  These were not just visas. This was in many ways the story of my life pressed between the pages of my passport.

The most number of “permitted to land” stamps were obviously from Sri-Lanka and Jamaica – my first and second homes.  Running close was the US necessary interim stop between the two.  I could have travelled via UK but US was preferred option.  It was the back yard – or should I say front yard😄  – of Jamaica – and thus closest holiday and shopping destination.

And there were  ”authorised to stay stamps’  that reminded me of my crazy trips – like when I had the brilliant idea of landing in Patmos, driving cross country and departing from Lanarca the next  day.  Unfortunately I had failed to do my homework. All hotels closed early and the airport actually closed behind me!!  Yes, really !!  They shut and locked the door and I was left standing outside with nowhere to go.  I managed to hail the last passing taxi and since hotels were closed, persuaded him to drive me to Larnaca. Had not envisaged sight seeing in the dark but no option.  The road was poorly lit and I saw a lot of dark water which seemed very foreboding.  I remembered that nobody in my family knew where I was or what I was doing.  I kept my eye on the driver the whole time.  He kept glancing at me through the interior mirror and asked me to come in front. No way.  Finally sensing how tense I was he asked me to look out and see the road signs indicating distance to the airport.  That was quite reassuring.  I was headed for the airport  but on arriving I lost all further interest in exploring and spent the rest of the time at the airport.  So much for my desire to see Cyprus 😒

That same trip was filled with adventure.  I applied for my Israeli visa in Spain as the Embassy in Jamaica could not handle my documents. Since most travel to Sri Lanka is via Arab countries, the Israel visa is issued on a separate sheet of paper. Such is politics !!

I was grilled right royally in Madrid before boarding to Tel Aviv . A Sri Lankan, living in Jamaica, travelling to Spain, getting a visa there for Israel and returning through Cyprus.  To make matters worse, I had no hotel booking, no contact address, nothing. They made my plans of adventure and taking each day as it comes sound very sinister indeed.  Unknown to me, a meeting was scheduled between Israeli and Palestine leaders so security was extra tight, and my circumstances, including travelling alone, were strange and highly suspect. A Sri Lankan girl, travelling alone, under these circumstances … suicide bomber ???  We have to check this out.

They sent me to a waiting room where I realised – from the clothes lying around in  half-screen changing rooms   that they were intent on doing a full body search! 😱 You know what that means?   I went cold.  Using all my female intuition and guile … I burst into tears. The guards summoned an Immigration officer who knelt by my side to inquire why I was crying.  (Who wouldn’t?)  I remember thinking he must be kind and understanding to kneel like that and told him I was not prepared to go through a body search.  I had wanted to go pilgrimage but would rather just book another flight out of Madrid as I had no desire to enter the Holy Land with such restrictions.

He “cleared” me and I board with much misgiving.

It was almost dawn when I arrived and went to the hotel recommended at the airport. For the first time ever in a foreign land, I stayed in my room the entire day, nervous to venture out.  Finally,  in the evening I ventured to the reception and was informed me it was ‘safe’; the tight security is relaxed once you enter the country.  So I went out.  The ‘normalcy’ of everything around me – apart from helicopters and soldiers patrolling the beach which was at the hotel doorstep – was like a splash of ice cold sea water.  I relaxed and prepared to explore Israel and the Holy City.

Memories rush to mind as I write.  How I found myself in a bus full of soldiers in the high security zone in the Gaza strip.  Seated in the last row, blocked by the high seats and absorbed in the scenery,  I had not noticed the bus had emptied civilians and was filled with soldiers. I was ‘discovered’ when someone ventured to the back, and was brought to the present moment by my awareness of a sudden ‘deafening’ silence:  a stillness and the feeling that people were staring at me.  They were!  A bus full of soldiers was staring at the alien invading their space.

A buzz of conversation followed when I looked up. The soldiers soon unraveled that the driver had forgotten to put me off at the stop I had requested. So the driver had to turn back to drop me off at the nearest civilian point.  Again, at least they too were kind and concerned  – or maybe the driver was more nervous  of his slip up.  Either way, I got off the firing line.

So many memories, pressed between the pages of my passport.  I am glad I saw the Daily Post prompt in the post Passport to Eternity today.  I am going back to my memories now ….

P.S.  I went back to Israel again on a pilgrimage with a travel agent No drama like before.   But my first trip made an indelible stamp on ME … not just on my passport.

Bricks is the theme of Photrablogger’s MM Challenge #12 and I thought these will fit in well for photos on brickwork.

The first picture is a close up of a wall in the Old Square in Mantova,  a UNESCO heritage site.  The pattern of white stone on the wall of 15th century Palazzo Ducale,  gives it an enchanting ‘lacey’ look … like Chantilly lace on brick !!!

A bigger picture – more motifs,more enchantment.  The pattern of small hollow squares visible may be due to restoration work as they are too ordered to be fallen bricks.  If you look closely you can see where  windows appear to have been walled up. It adds to the mystery!!

The angular buttresses on palace roof are duplicated on on the opposite side of the square – see below. The entire square may have been part of the Palace  (I need to read the guidebook).  Perhaps the different designs represent different quarters. The white insets are visible in a more frugal way on one wall.  You can see that repairs  have been carried out where the pattern is interrupted.    And note that the other wall  is pure brick – with no aesthetic extras. The chimney indicates it may have been the kitchen area … elementary my dear Watson 🙂

And how it looks now – contrasting old with  new, ochre wall with blue windows . Old and new blend so seamlessly.

A toast to buildings that stand the test of time .

Postcript :  We  travelled to Mantova  frtom Milan to meet Rev. Sr. Teresina – former Professor of Christology in Sri Lanka, who had travelled from Carpi, to meet us halfway, the day after we arrived in Milan. These pictures were taken whilst enjoying a delicious our first Italian meal her famous wine celebrating our meeting after five years.

I had initially ‘cropped’ our table from the picture to focus only on architecture.  On second thoughts however, I kept in the bottle of wine, for a building this beautiful and this enduring, surely deserves a toast.

So, a toast to buildings with workmanship and materials that endure …  and a toast likewise to enduring friendships.

I’ve had an anything but mundane two weeks in Prague, Turin, Milan and environs.

With so much rich art, culture, heritage and beauty around, I was hard pressed both in time and opportunity to find anything  to meet Photrabloggers challenge.  Since I was clicking away like crazy, I was surprised that nothing seemed to fit the challenge so I decided to google Mundane.

No wonder then I found it difficult.  The last two weeks was anything but run of the mill.  Definitely not my routine everyday experience, and definitely (many times over) not not-spiritual !!  I mean .. those magnificent churches, castles, architecture, works of art by Renaissance masters that transcend everyday terrestrial experiences.  New faces, new people, new cultures  .. all novel and unique. Nothing mundane for me there 🙂

But I had missed two challenges so decided that perhaps the apartments I saw daily in the last week would bring in the ‘routine’ element for mundane.  Even though I found them fascinating … wondering at the type of lifestyle the Milanese lived behind them – they could probably pass the test for mundane everyday living so here I go :

View from our bedroom window :

Some apartments on the street in the Primaticcio District of Milan where we stayed :

I do not like to be around high rise buildings but these seemed different.  Multi-storied but not high rise! There were plenty of open spaces in between, with parks, gardens and playing fields

Basketball and soccer court. The older kids played basketball whilst the small ones played soccer between their legs. Wish I had taken a photo .. so busy looking on!!!

Church and open court yard. Buildings and shops all around. We stayed in the orange building behind the Church Steeple.

And I found that the Milanese like to have flowers and plants even in apartments –  or beautiful gardens to look down on. Their view will change with the seasons. Mundane and beautiful !!!!

Fragrant plants are everywhere giving off a heady perfume into the atmosphere !!

I doubt I would like to live in Milan  … it’s not what I am used to.  I need to come down to earth – literally 🙂 from high rise buildings and works of art that take you to dizzy heights.   But with its heritage and art, Da Vinci’s Last Supper,  and its Duomo amongst many others,

And I could not just give you one mundane picture 🙂  even though I tried !!! 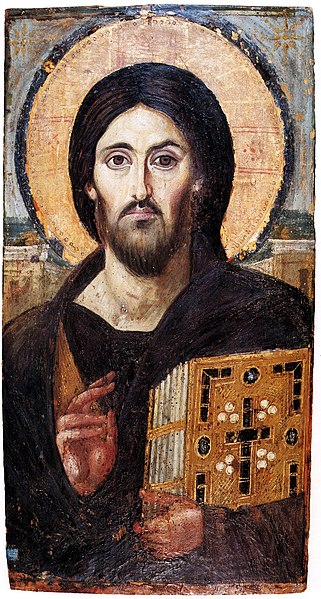