“Once a little boy  playing outdoors found a fascinating caterpillar. He carefully picked it up and took it home to ask his mother if he could keep it. She said he could if he would take good care of it.

The little boy got a large jar and put plants to eat, and a stick to climb on, into the jar. Every day he watched the caterpillar and brought it new plants to eat.

The little boy was thrilled to hear about the changes his caterpillar would go through. He waited every day for the butterfly to emerge. One day, a small hole appeared in the cocoon and the butterfly started to struggle to come out.

At first the boy was excited, but soon he became concerned. The butterfly was struggling so hard to get out it looked like it couldn’t break free!  It looked like it was making no progress!

The boy was so concerned he decided to help. He got a scissors and very carefully snipped the cocoon to make the hole bigger. The butterfly quickly emerged! As the butterfly came out the boy was surprised to find it had a swollen body and small, shrivelled wings. He continued to watch it, expecting that at any moment, the wings would dry out, enlarge and expand to support the swollen body. He knew that in time the body would usually shrink and the butterfly’s wings would expand. But neither happened!

The butterfly spent the rest of its life crawling around with a swollen body and shrivelled wings. It never was able to fly…

As the boy tried to figure out what had gone wrong, his mother explained to him: the butterfly was SUPPOSED TO STRUGGLE. In fact, the butterfly’s struggle to push its way through the tiny opening of the cocoon pushes the fluid out of its body and into its wings. Without the struggle, the butterfly would never, ever fly. The boy’s good intentions had hurt the butterfly. “

Excessive zeal, love and care of parents for their children, spouses for each other, and elders towards children, can sadly and often cripple growth of the people they are trying to help.

Parents who fear their children will be rejected and  try to make them perfect – to ‘conform’ to peer standards – cripple a child’s ability to accept himself as he is.  He will always strive to be perfect before he can be accepted.

Jesuit Priest Anthony de Mello was very critical of the popular phrase “I’m OK, you’re OK” which sends a deep message to the subconscious that you have to be OK to be accepted.  We should rather, he suggests, keep reminding ourselves and our children “its OK to be not OK!”

Parents who are too protective of their children and curtail their movements out of fear, send out subtle messages of doubt, timidity, lack of courage and inability to cope with dangers that may surface. Do not let fear cripple. Better rather to warn your children of these dangers, role play how to handle them and send them out with courage, hope and confidence in their ability to cope.

I know a girl who was at risk for epileptic seizures. Her parents were so scared to send her out,  she lived and died not ever leaving the confines of her home except with her mother or father.  Love and parental fear crippled her.  The words of the song by Leeanne Rhymes are a poignant reminder of “the soul so afraid of dying that it never learns to live”.

They say “love must be tough’.  I think this means we should learn to let go and learn to love with the ‘good’ of the object of our love being the primary focus.

I know another beautiful and talented child – a slow learner in academic studies – but with sharp observation skills and with it an outstanding talent for  imitation and drama. Unfortunately, because our society believes you need the three R’s (Reading, wRiting and ‘Rithmetic)  to be a ‘whole’ person, she is considered ‘mentally challenged’,  cosseted and treated her like a five year old without realisation of how crippling this action is.  Sadly, who she is or can be is mirrored in the low expectations of people around her.  They think she can never crawl out of the cocoon alone and so she never is given the opportunity to struggle, to strengthen her latent and unique talents, and soar.

Parents,  spouses, elders … we need to keep the story of the boy and the caterpillar in mind.  Actions, albeit of love, can stifle growth;  ‘help’ can  be a hindrance to progress. Fear for safety paralyses and encourages doubts, anxiety, lack of confidence. Do not let your hearts be troubled. Trust God and let go.  He who takes care of the lilies of the field and the caterpillars in their cocoon will fulfil his plan for your little caterpillars,  for they are His beloved children.

May we always give our children the freedom to struggle, to take their own time to strengthen their wings, to be who they were created to be,  so they may one day soar to the heavens. 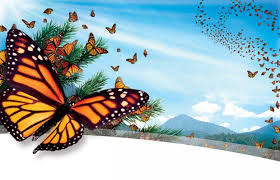 15 thoughts on “When love cripples”